At last..! My yellow iris is making its debut appearance in my garden, after 6 long months of waiting..
Thank God for that :)
I almost gave up on this plant. Glad I didn't. The flowers are so beautiful.

This is how it looked like on the first day.
It opened during the day and closed towards the evening. That was it. Dropped dead the next day. 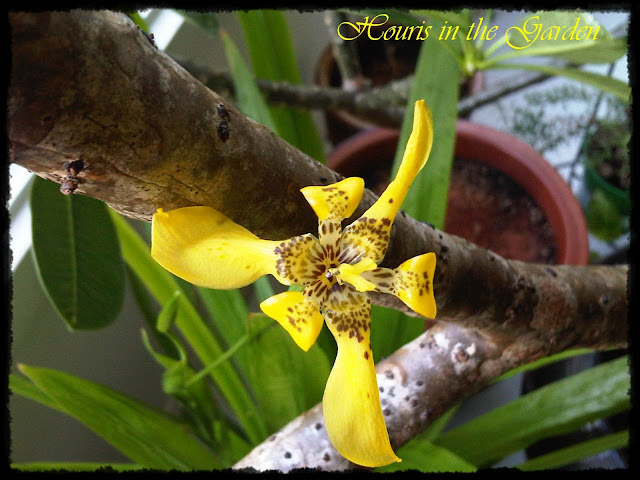 Also known as the "Walking Iris" due to the bending over of the flowering stalks to the ground and take root from there. The iris appears to be "walking" as it propagates. A spectacular view once it fills the garden with graceful foliage and flowers. Since I'm planting them in a broad base round pot, I hope to see it do the  walking :)

Then comes the second bloom the very next day.
This photo was taken when the iris was curling up, retiring for the evening before dropping dead. Very short life, just for a day. 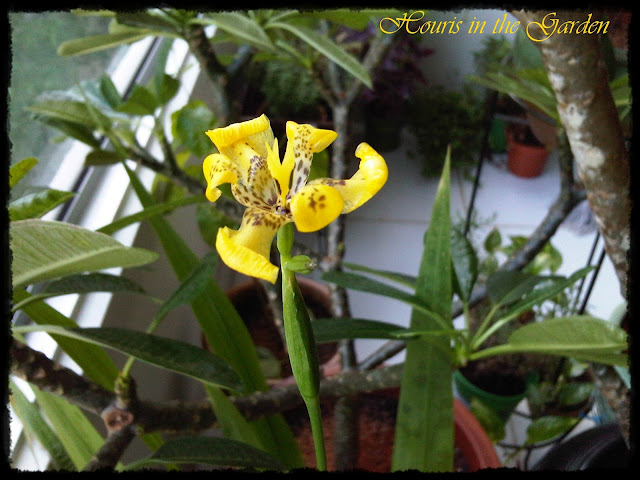 Here's also flowers which bloom everyday from my purple shamrock plant. Simply lovely flowers with lilac touch to it. 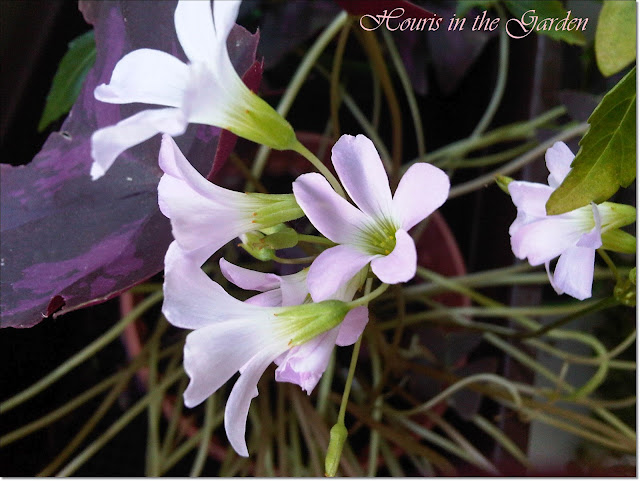 Commonly known as the 'Butterfly Plant' due to the shape of the leaves. 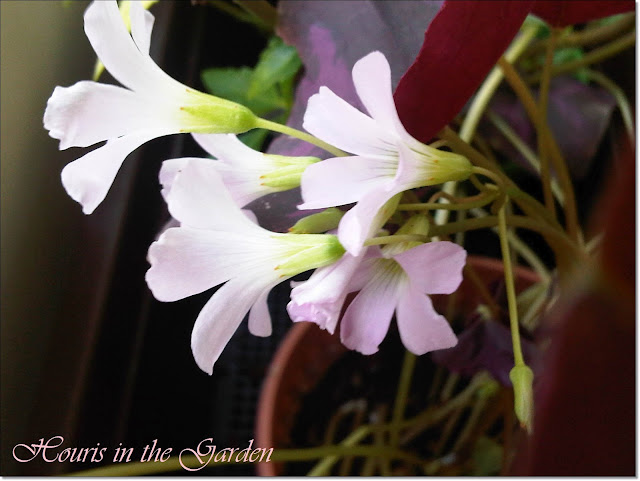 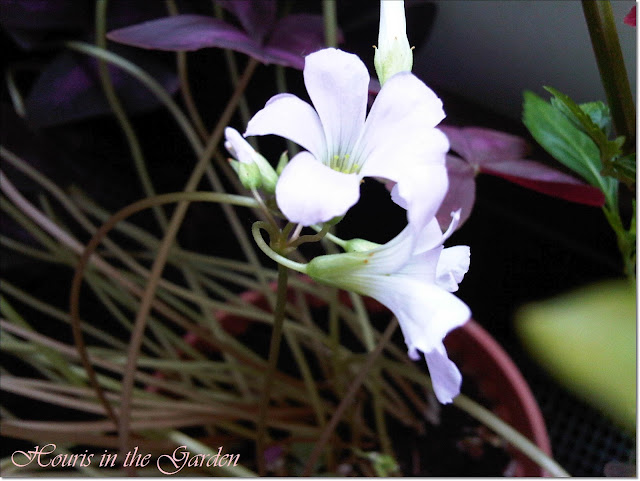 These flowers open during the day when the heat was intense and close up in the evening. The cycle repeats the next day on the same flower for a couple more days, unlike the yellow iris above which lasted only one day. 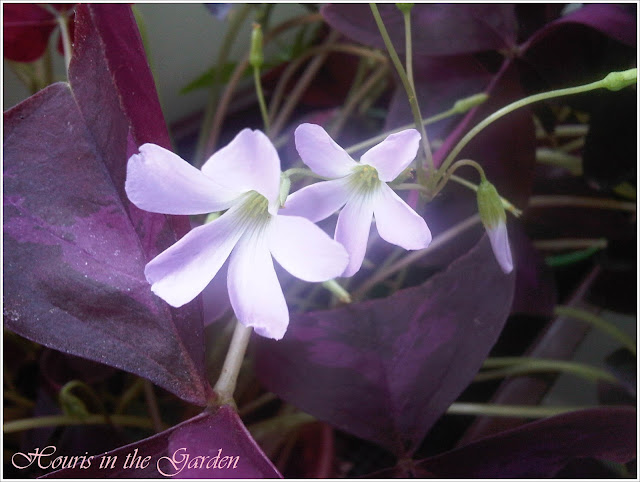 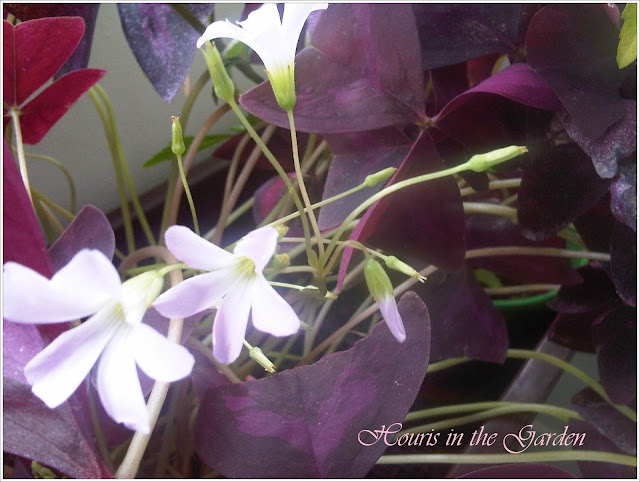 See also my earlier write-up on purple foliage plants :)
Posted by Unknown at 09:25

Thanks for your lovely words...

Visitor to this page